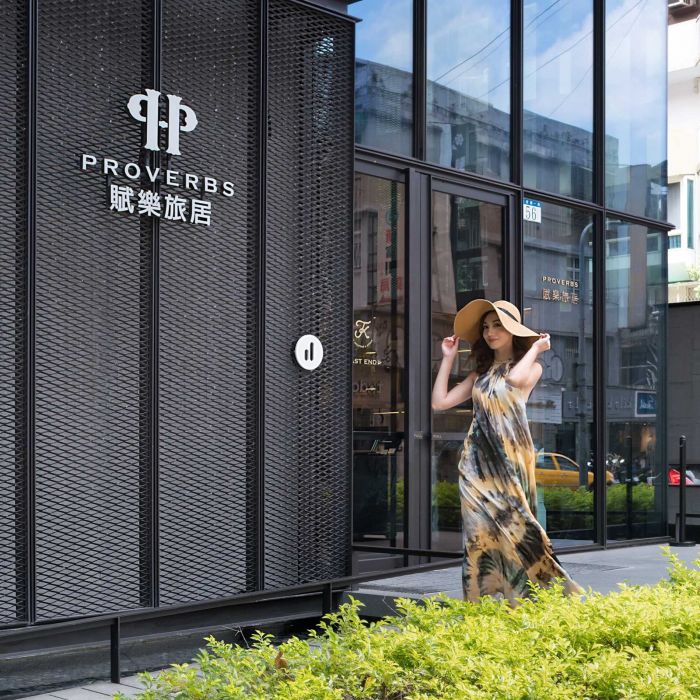 Taipei is a fascinating city wrapped in a patina of history and culture left behind by the Dutch, Japanese and then Chinese occupations. Urban explorers will find a vibrant city that, a la New York, never seems to sleep with bustling street markets to the highbrow luxury shops along the Zhongxiao East Road, Taipei’s equivalent to the Rodeo Drive of Beverly Hills. Just a few blocks away is where you’ll find Taipei’s most trendy and stylish design hotel, the Hotel Proverbs Taipei. 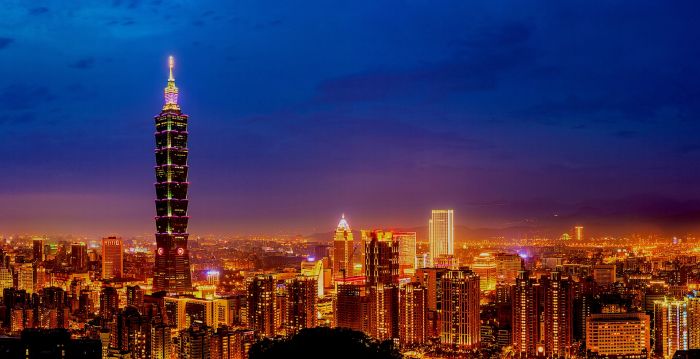 Taipei is a thrilling city with neighborhoods that range from the working class to Park Avenue. The Hotel Proverbs is located in the Da’an district and the cosmopolitan center capital city. Zhongxiao East Road is filled with upscale shops, malls and department stores. In contrast, for a real local experience nearby, visit the buzzing Linjiang Street Night Market for some delish street food and the must have Taiwanese treat, bubble tea. 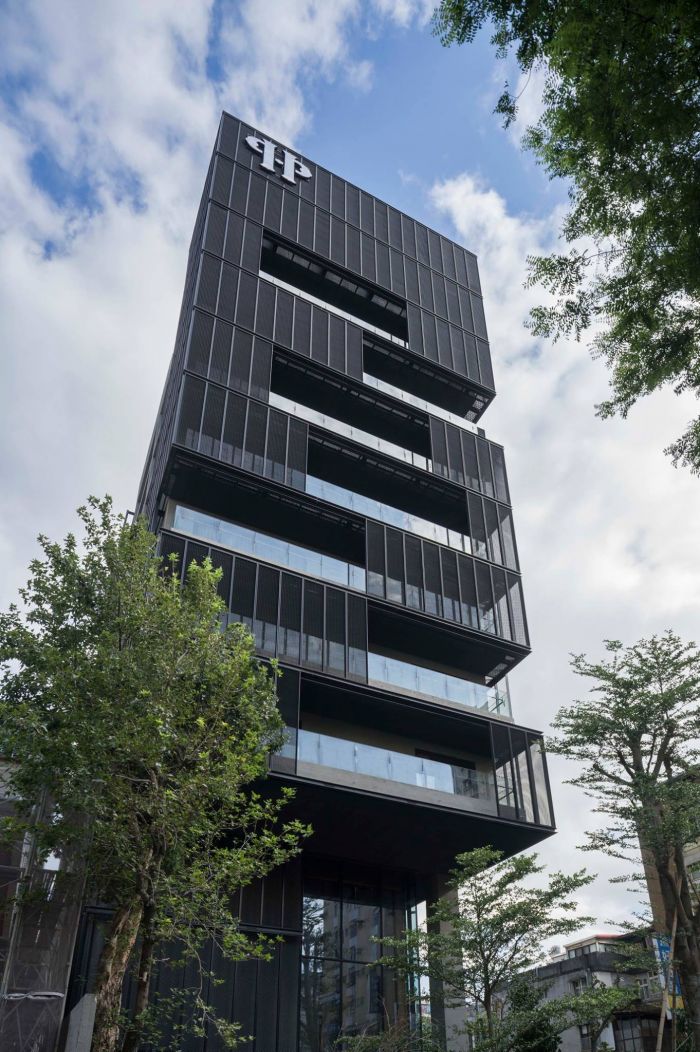 For the unaware, there is a subculture known as Steampunk whose followers embrace retro-futuristic design and fashion inspired by the 19th-century steam and industrial era. One cannot pass through the hotel and take in its Avant guard décor without making the connection. It’s as if it was designed with the hipster in mind with a chic dark interior interrupted by pops of color, copper paneled corridors and retro light fixtures. The hotel oozes an ultra-contemporary style and is the antithesis of your typical boring corporate hotel. Rightfully so, Hotel Proverbs is a member of the Design Hotels and happens to be the only one in Taiwan.  It’s also part of Marriott so you can add to your Bon Voy account during your stay. 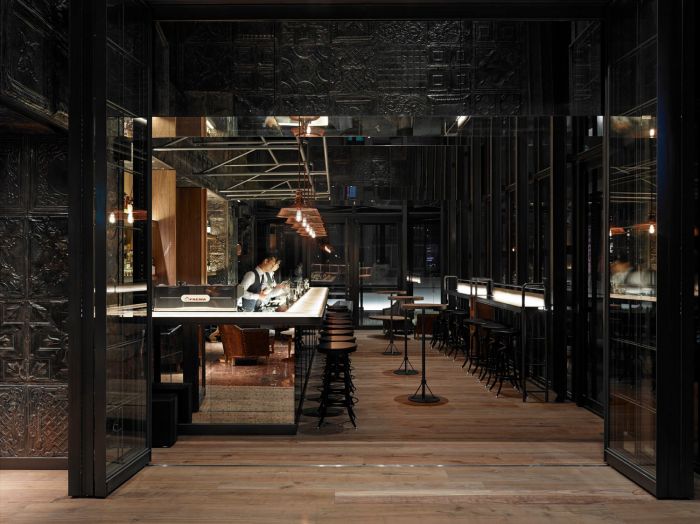 The quaint boutique hotel has only 42 rooms as well as a first-rate restaurant and one of the few rooftop pools in Taipei. The decadent décor continues on the third floor of the hotel with its hipster hangout, The East End Bar. This is more than a bar, it’s a cosmopolitan social hangout for the Taipei after-work crowd as well as hotel guests looking to bend the elbow after a long day of meetings or sightseeing. The bar definitely has a saloon esthetic with a long white marble bar, rustic plank wood floor, copper retro light fixtures, and 100-year-old tin decorative wall plates salvaged from a Parisian theater.  The star of the venue is the equally cool and tattooed bartenders who are wizards behind the bar concocting all types of potent potions and presenting their best of Taiwan’s cocktail culture which has earned them the accolade of being one of Asia’s 50 best bars.  The bar bites are not to be overlooked as well with gourmet gastro pub food enjoyed by Taipei’s in-crowd. 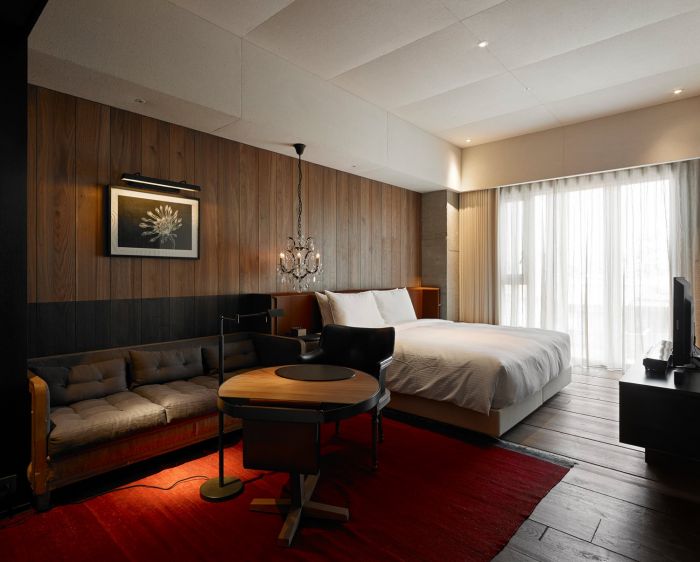 The 42 rooms feature an industrial chic design with real walnut plank wood floors, leather furnishings, copper-covered cabinets and a full-sized crystal chandelier adjacent to the bed. The floor plan is open with spaces that comfortably move from living space to sleeping area to bath. The marble-walled bathrooms are made for escaping the hustle and bustle just beyond your door with oversized white soaking tubs, rain forest showers with designer tile surfaces. 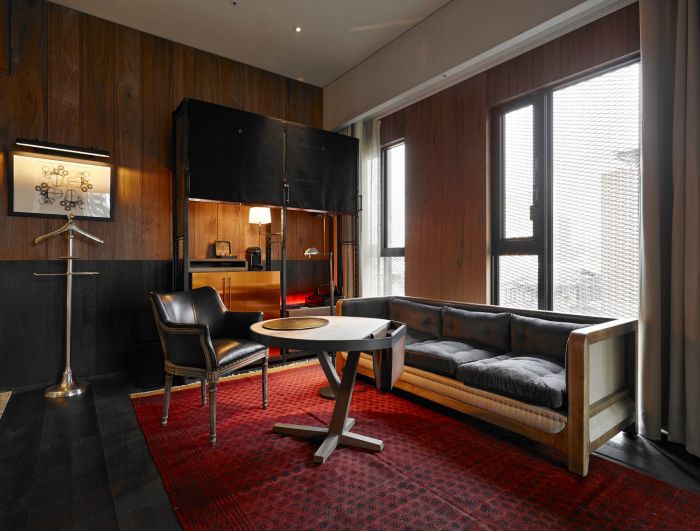 There are several categories of room all of which are quite spacious and with a separate couch and sitting area and custom-made work desks. Accommodations also feature a balcony as well to take in the sights and sounds of the city.  The amenities and special touches complete the experience with complimentary movies, portable Wi-Fi devices, shoe shine as well as an included mini-bar with beer and soft drinks snacks replenished daily. 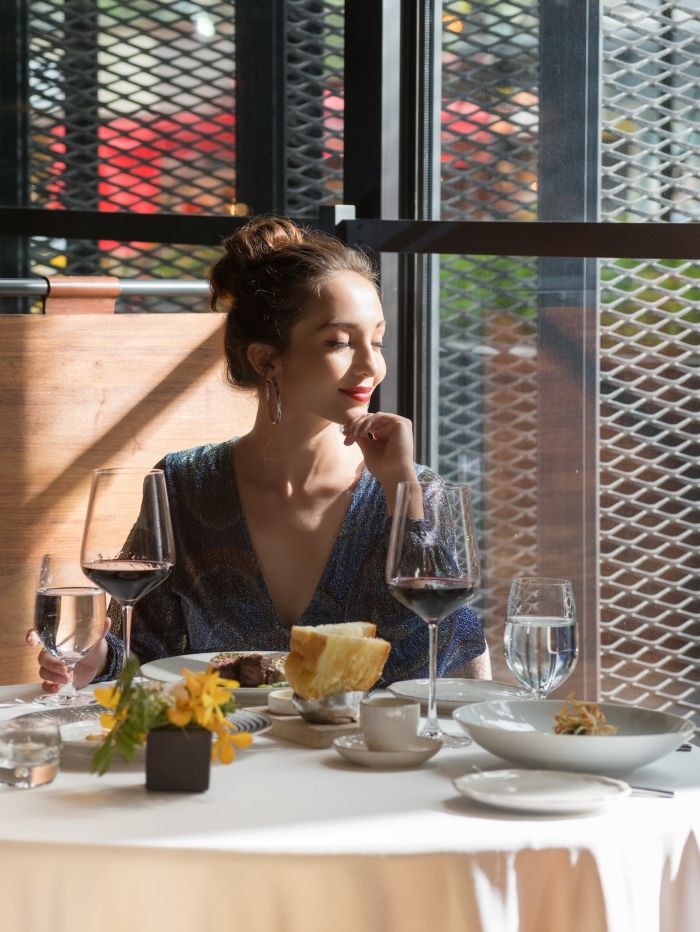 Beyond the accommodations, the first floor of the property is where you’ll find their sublime steakhouse, TKs. This is a fine dining restaurant is a popular haunt for Taipei’s affluent society as well as hotel guests. The ambiance is opulent with white linen-covered tables, two-story mirror-lined ceilings dripping with a gaggle of sparkling chandeliers. The focal point is the bustling open kitchen with a sizzling Josper charcoal oven and staff that works like a finely tuned machine turning out mouthwatering dish after dish. The farm and harbor-to-table options include fresh-caught seafood, fresh vegetables from the restaurant’s own farm outside of town. The star of the menu is their 7 day, 21 days, 90 days, dry-aged Australian and US steaks.  The six-course degustation menu is a culinary feast of lobster with truffle dressing, king prawn ravioli, fish of the day with leek and truffle cream and the 90-day dry-aged USDA prime grain-fed T-bone steak. 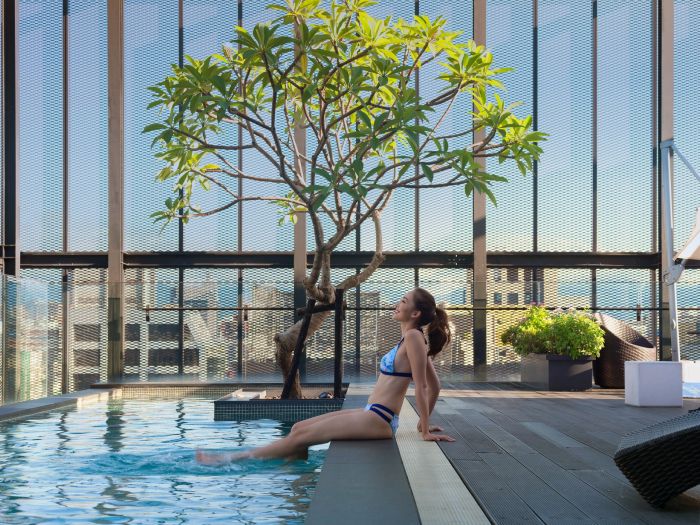 Taipei is a thrilling destination for the urban explorer and makes the ideal base to check out Taiwan. For arguably the country’s coolest hotel, look no further than the Hotel Proverbs Taipei.

This article was originally published by Justluxe.com. Read the original article here.

A Feast for The Senses in Marrakech

Free Four-Day Virtual Holiday to Include a Hot Air Balloon and Arctic Bath!

Create a Five-Star Experience at Home with Belmond