Can I go on holiday after lockdown? What the new tier system means for getaways

The Prime Minister has today confirmed a return to the regional ‘tiered’ system from December 2, meaning holidays will be back on the cards for people living in the lower tiers.

For anyone falling in the higher tiers, however, hotels will remain closed, group holidays with multiple households will be banned, and non-essential travel in and out of your area will still be prohibited.

So will you be able to travel overseas, or within the UK, after December 2? Here’s a look at what re-entering the tiered system will mean for our holidays.

What are the current rules, and what do they mean for holidays?

The current rules state: “From 5 November to 2 December 2020, travelling away from home, including internationally, is restricted from England except in limited circumstances such as for work or for education.”

The guidelines say: “Overnight stays and holidays away from primary residences will not be allowed, including holidays in the UK and abroad. This includes staying in a second home, if you own one, or staying with anyone you do not live with or are in a support bubble with.”

Pubs and restaurants, and non-essential retail, are closed, and hotels and hostels are only allowed to open for those travelling for essential work purposes. Bars, spas, pools, gym facilities and restaurants (except for room service) will be closed at hotels.

These are all the rules.

Why are countries still being added and removed from our ‘travel corridors’ list?

Separate to the Government’s blanket “do not travel” advice, the UK has individual travel corridors with countries reporting low cases of Covid-19. Last Thursday, Namibia, Rwanda, Sri Lanka and Uruguay were among the countries added to the green list.

A travel corridor means you do not have to go into self-isolation on your return to the UK, although does not necessarily mean the same rules apply on arrival in your destination. We have rounded up the destinations you can (feasibly) get to, if holidays are allowed after December 2.

Will holidays be allowed after December 2?

The Prime Minister today confirmed a return to the regional system from December 2, which will see restrictions on pubs and restaurants tightened while they are relaxed in other areas including grassroots sport. The ban on non-essential travel will be lifted on the lower tiers, and hotels and self-catering accommodation facilities will reopen once again in lower-risk tiers, meaning UK holidays can resume.

Restrictions on household mixing remain largely the same. People living in tier one areas will be required to comply with the rule of six both indoors and outdoors, while people in tiers two and three will be able to meet up to six people outdoors.  However, Government sources have said that tier one could be brought closer in line with tiers two and three due to concerns among scientists that measures in the lowest level are proving ineffective. This could write off multi-household group holidays for the time being.

As of December 2, the Government’s blanket advice against all international travel will end, but it will remain in place for those living in the higher tiers.

What do the tiers mean for travel?

All businesses can continue to operate. Holidays can go ahead, although there is a 11pm curfew on certain businesses, and you cannot meet in groups larger than six, indoors or outdoors. Avoid travel to Tier 3. Areas previously in Tier 1 could be moved up to Tier 2, after scientists said measures in the lowest level were largely ineffective. It is unclear if hotels will be able to reopen for leisure, although in the previous iteration of Tier 1 lockdown, you could stay at a hotel for fun.

People should aim to reduce the number of journeys they make where possible. If they need to travel, they should walk or cycle where possible, or to plan ahead and avoid busy times and routes on public transport. Rule of six applies outdoors, do not meet with anybody outside their household in any indoor setting – whether at home or in a public place. Travel is still permitted, although people are advised to avoid travel to Tier 3. In the old Tier 2 rules, you could go to a hotel with someone from your own household, in a tier-one or -two area, though the advice said to reduce the number of journeys you make where possible.

People should try to avoid travelling outside the ‘very high’ area they are in, or entering a ‘very high’ area, other than for things like work, education, accessing youth services, to meet caring responsibilities or if they are in transit. Advice is against all non-essential international travel. It is understood that hotels will remain shut unless it’s for ‘essential’ purposes, such as business.

Here’s a comprehensive look at what each tier will look like, under the Government’s revamped Covid restrictions.

Which parts of the country are in the lowest tier?

This is due to be announced on Thursday. The map, below, shows which parts of the country have the highest number of Covid-19 cases – this is likely to inform the decision made by the Government on which areas are highest-risk.

Popular staycation spots including the Peak District, Blackpool, Warwick and Northumberland are among the local authorities with the highest Covid case numbers.

Will there be special travel rules over Christmas?

Under the new plans, families will be allowed to meet for up to a week at Christmas.

Boris Johnson has announced UK-wide relaxation of rules from December 22 to 28, allowing several families to join in one “bubble”. This could mean a group holiday somewhere in the UK, featuring multiple households, may be feasible between these dates.

But the Prime Minister said that the strength of the restrictions for the rest of next month will depend on how well the public complies with the current lockdown, which expires on December 2.

How have other countries exited lockdown?

France entered a second national lockdown on October 30, which was due to end on December 2. Last week, however, Health Minister Olivier Veran confirmed he wouldn’t be able to provide a date for the end of the restrictions. Veran said restrictions on movement would not be lifted on December 1, echoing the outlook given by Prime Minister Jean Castex last week that gyms, cafes and bars would remain closed.

On October 23, Wales entered a ‘fire-break’ lockdown until November 9 in the hope of bringing down Covid-19 cases. During this, all pubs, restaurants and non-essential shops closed, and restricted non-essential travel. Since the 17-day fire-break ended, Welsh residents are now able to travel anywhere in Wales; however, travel to and from England is prohibited while English regulations are in place. As in England, non-essential travel anywhere within Wales is off the cards. Here are the current lockdown rules in Wales.

Scotland is not under a national lockdown, but it remains in a tiered system. At present, travel is already discouraged to or from regions of Scotland under Level 3 measures, while people who travel to and from Level 4 areas may face a £60 fine on the spot. Hotels can remain open in Levels 0, 1 and 2, but only for essential reasons in Level 3 (or non-essential stays for locals). Level 4 represents restrictions similar to England’s lockdown and Wales’s firebreak – 11 council areas were placed into this tier on November 17. The Scottish Government advises against all unnecessary travel between Scotland and other parts of the UK. Here are the current lockdown rules in Scotland.

Could a vaccine make my Christmas holiday possible?

There are hopes that vaccine could unlock travel.

This won’t happen before Christmas, but we can look forward to how a vaccine could bring an end to this tumultuous period for the travel industry. Paul Charles, chief executive of travel consultancy The PC Agency, said: “The vaccine development is the fillip that the travel sector was needing; a small boost in confidence to show people that 2021 will be better.”

He added that across the industry summer 2021 bookings are starting to flow in, with the second half of the year likely to see a “boom in terms of overseas trips as well as staycations”.

“Prices will rise by 10-20 per cent to cater for the demand, as operators try to recover lost earnings from this year. But staying away from home will be the clear focus for consumers, not staying at home,” he told Telegraph Travel.

We’ve spoken to experts across different areas of the industry to see where a vaccine – and even the possibility of a vaccine in the coming months – might lead to a major boost for travellers.

If you are still itching to book, it might be worth working through our consumer champion Nick Trend’s checklist, first:

1. Can you secure the holiday with a low, or even a zero, deposit?

If so, double-check the booking conditions: the small print for some arrangements may only require a small amount upfront but still commits you to higher cancellation charges if you decide not to go ahead.

Many airlines and operators are now offering much more flexible booking conditions and free postponements. BA, for example, is allowing new bookers to change dates and destination without incurring a fee, although you will need to pay any difference in price. This applies to journeys that are due to have been completed by Aug 31 2021.

3. Will your money be financially secure?

Very few travel companies are on a strong financial footing and some might not make it into next summer. So make sure you book with an Atol-protected tour operator or agent. If booking directly with an airline, make sure your travel insurance includes cover for financial failure, or pay with a credit card – ensuring a refund if the carrier collapses. If you book directly with a company based abroad, it may be very hard to get a refund if it goes out of business or your holiday is cancelled.

Are you considering going away after December 2? Comment below to let us know your plans.

This article was originally published by Telegraph.co.uk. Read the original article here. 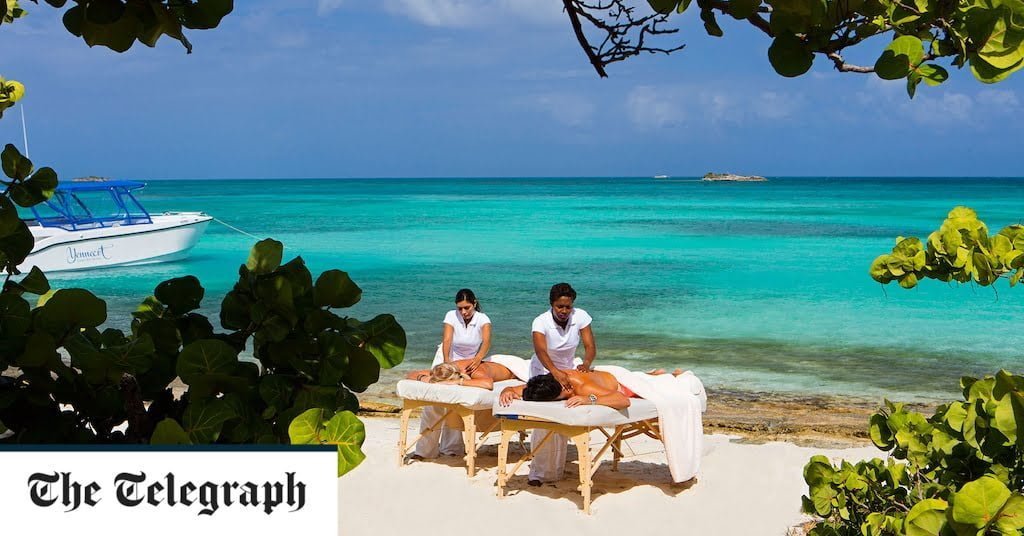 The best hotels for all-inclusive holidays in the Caribbean, including private island resorts and treehouses 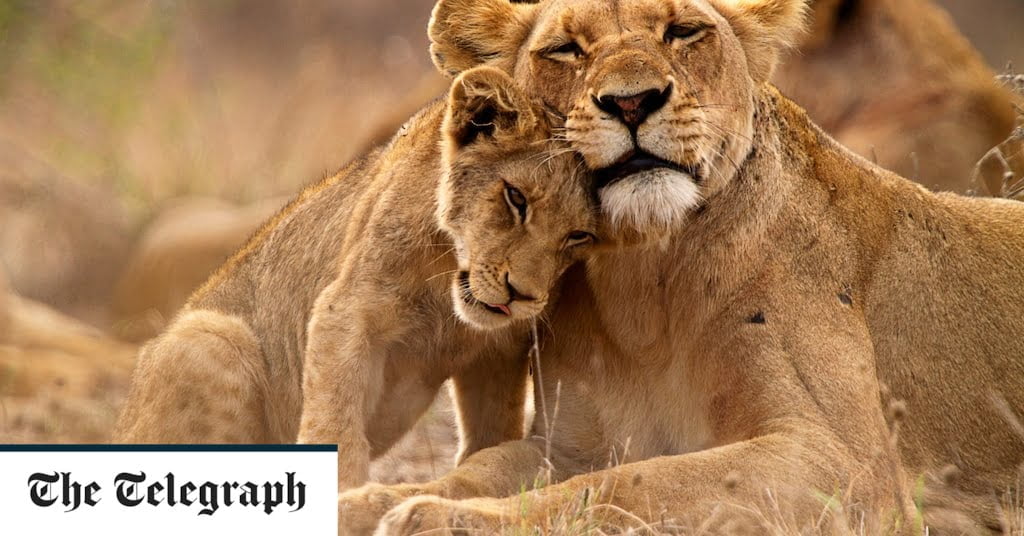 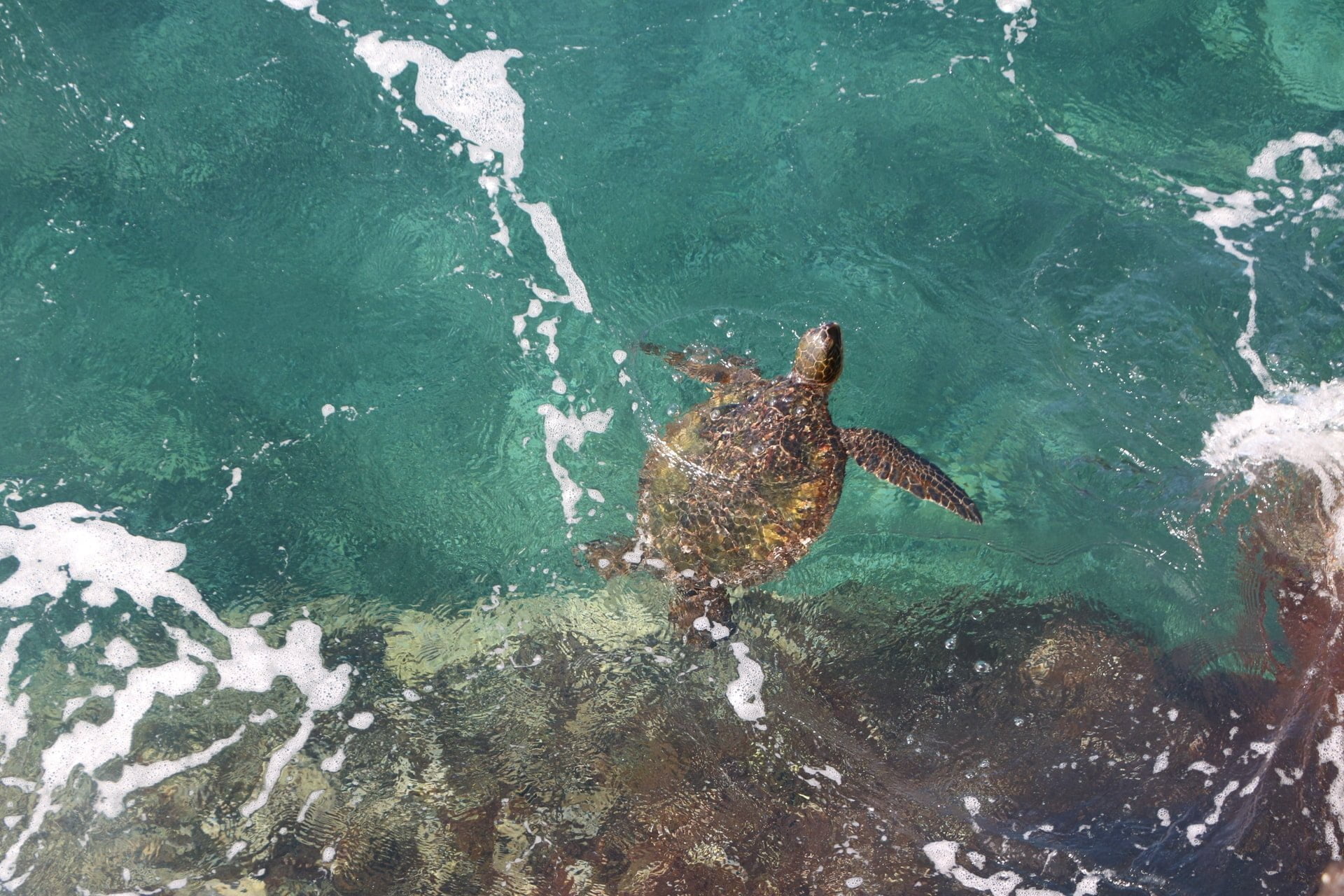 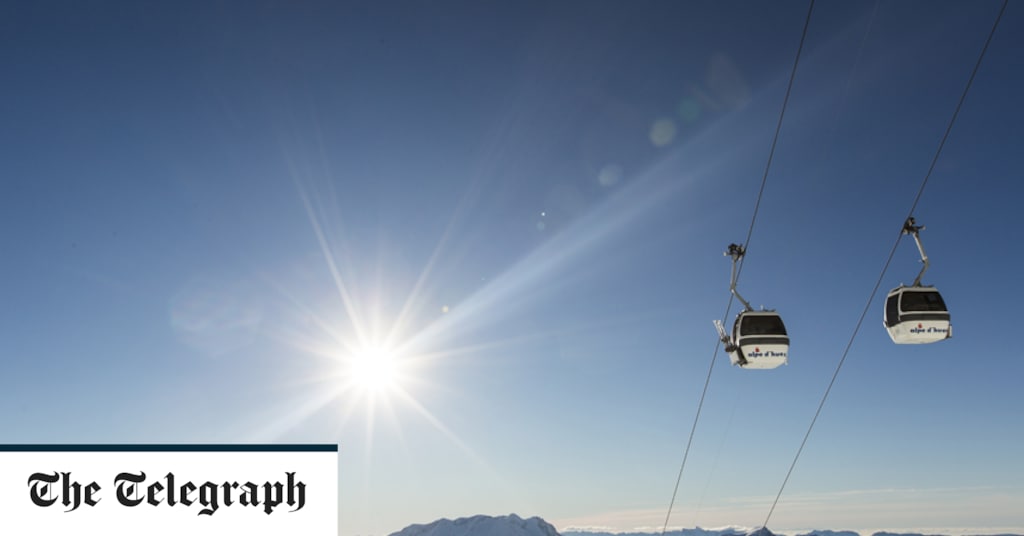 From piste to pub to pillow: an insider ski holiday guide to Alpe d’Huez